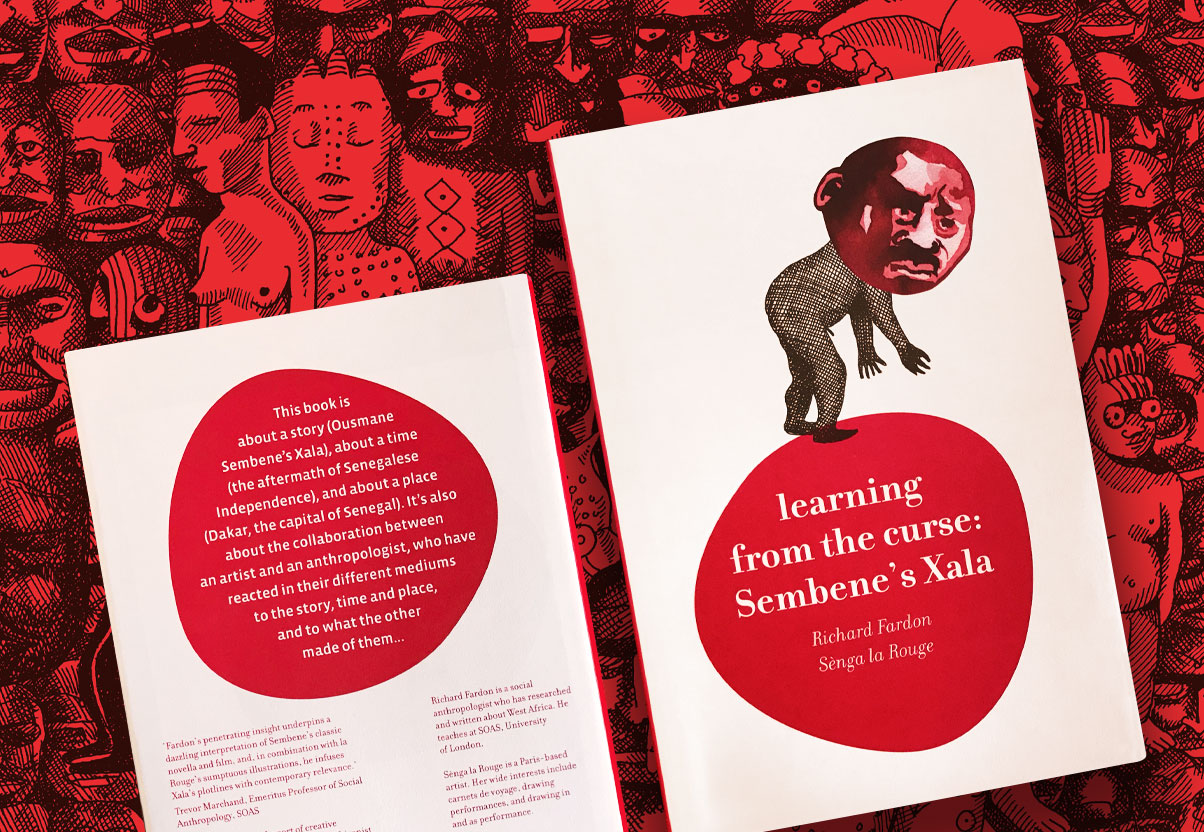 Learning from the curse: Sembene’s Xala

This book was the fruit of a collaboration with the anthropologist Richard Fardon, based on the written and film work Xala by the Senegalese author Sembene. After a research trip to Dakar, we exchanged ideas and worked, each in his or her field of expertise, to offer a particular vision of Xala.
It is the story of a man that a spell made impotent. Xala brings up the question of postcolonialism and the treachery of those who forget their origins to behave in their turn as colonizers. Apart from this eminently political aspect, the work evokes, in a Buñuel-type atmosphere, the traditional use of rituals, spells and the breaking of spells and these elements particularly interested me: I decided to draw from a supernatural and metaphorical viewpoint, readily using emblematic elements from Western Africa, from the mascarade to the cowry shells that are scattered through the texts. 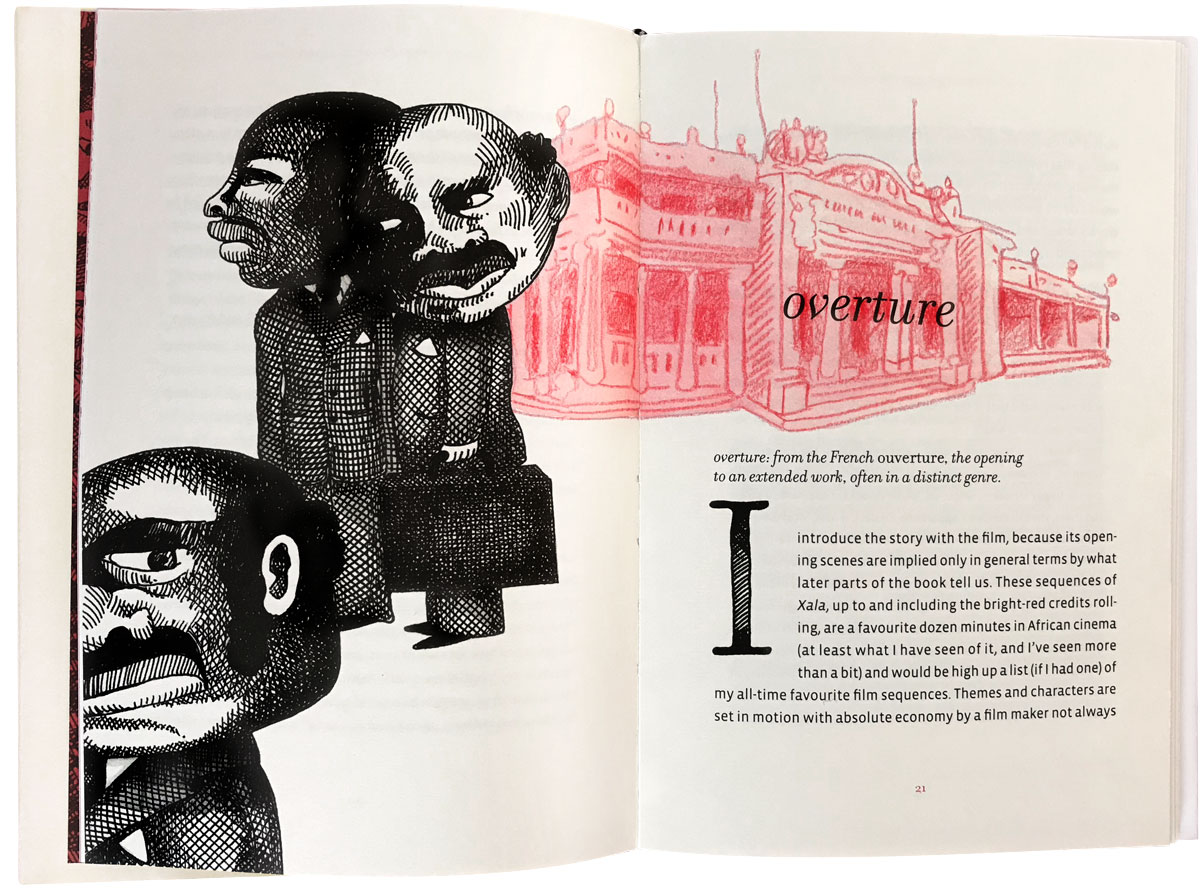 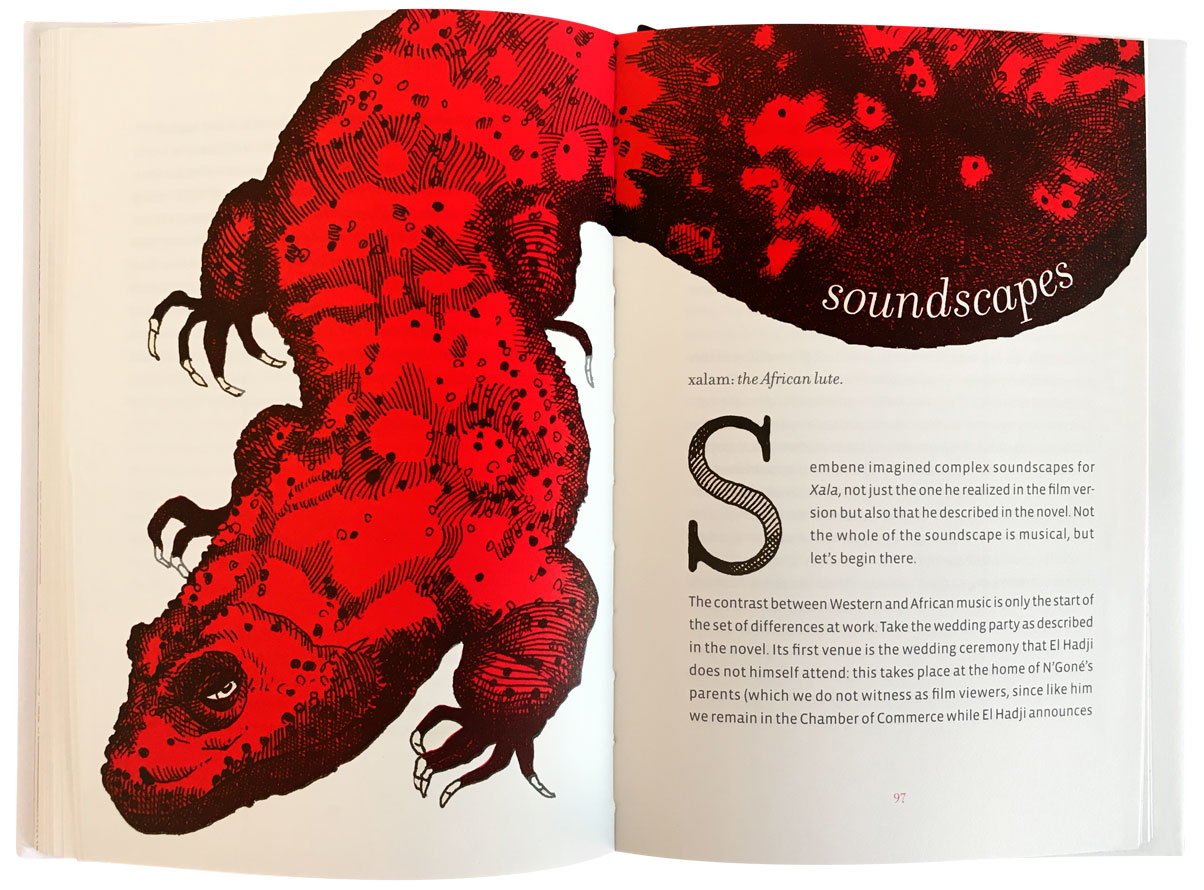 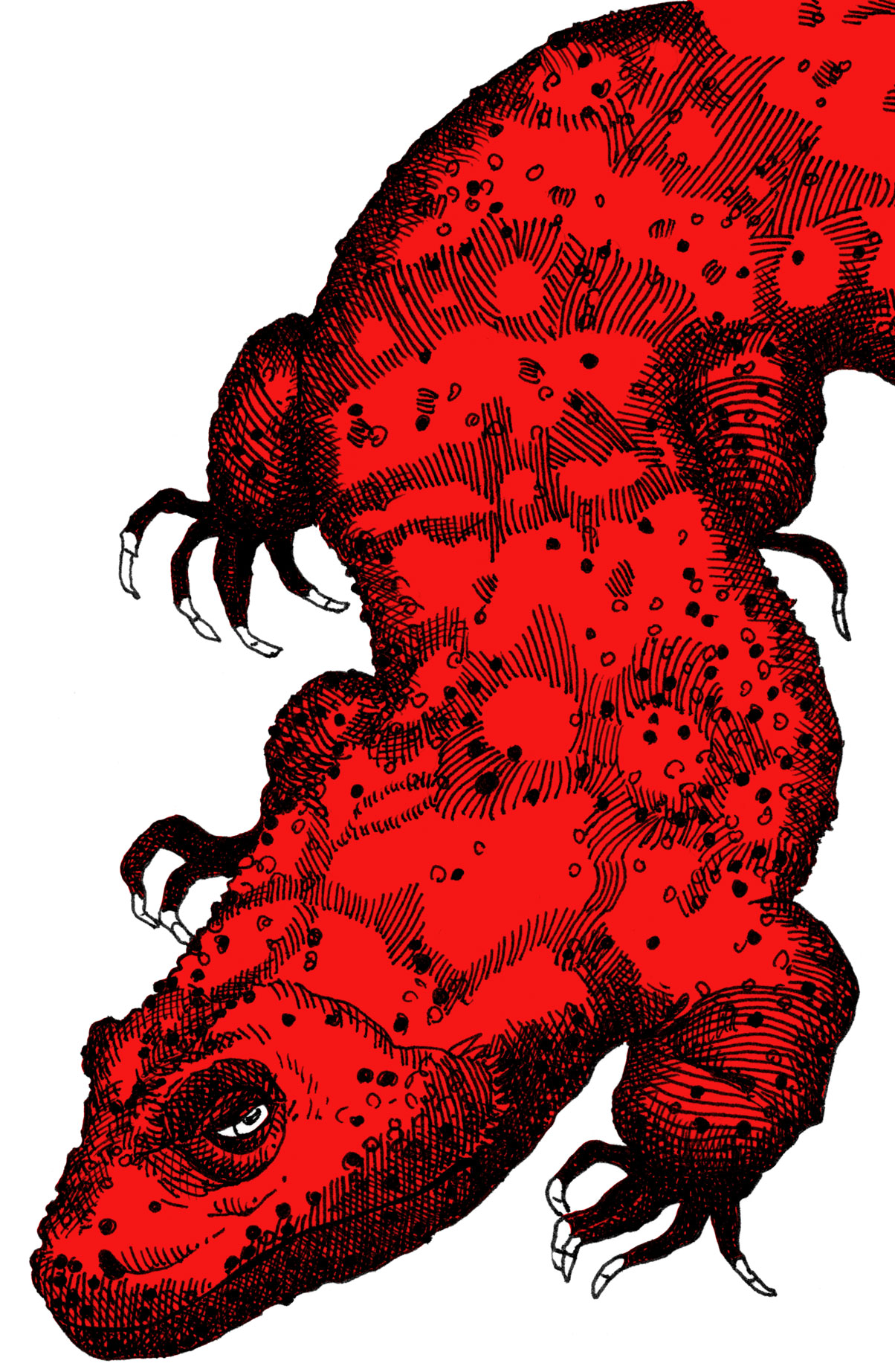 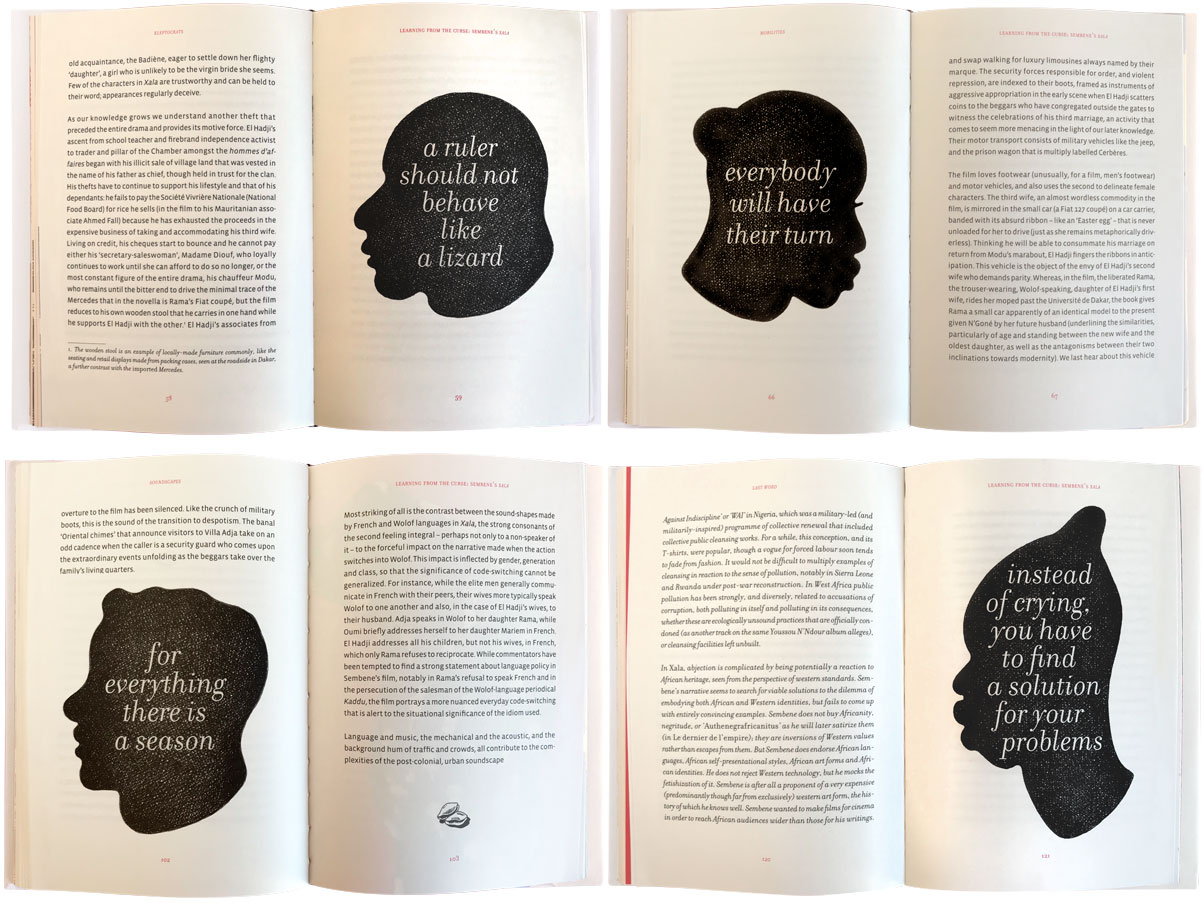 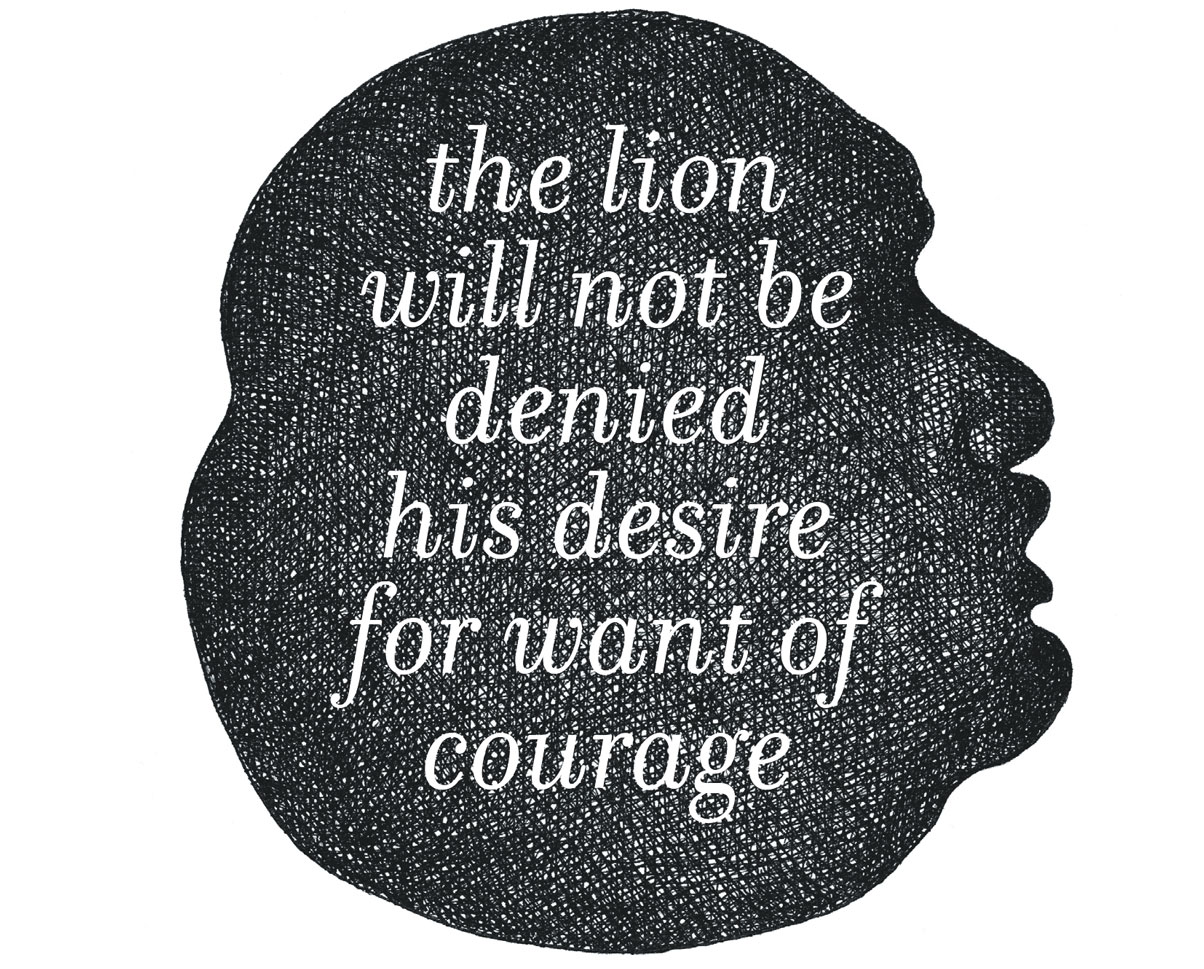 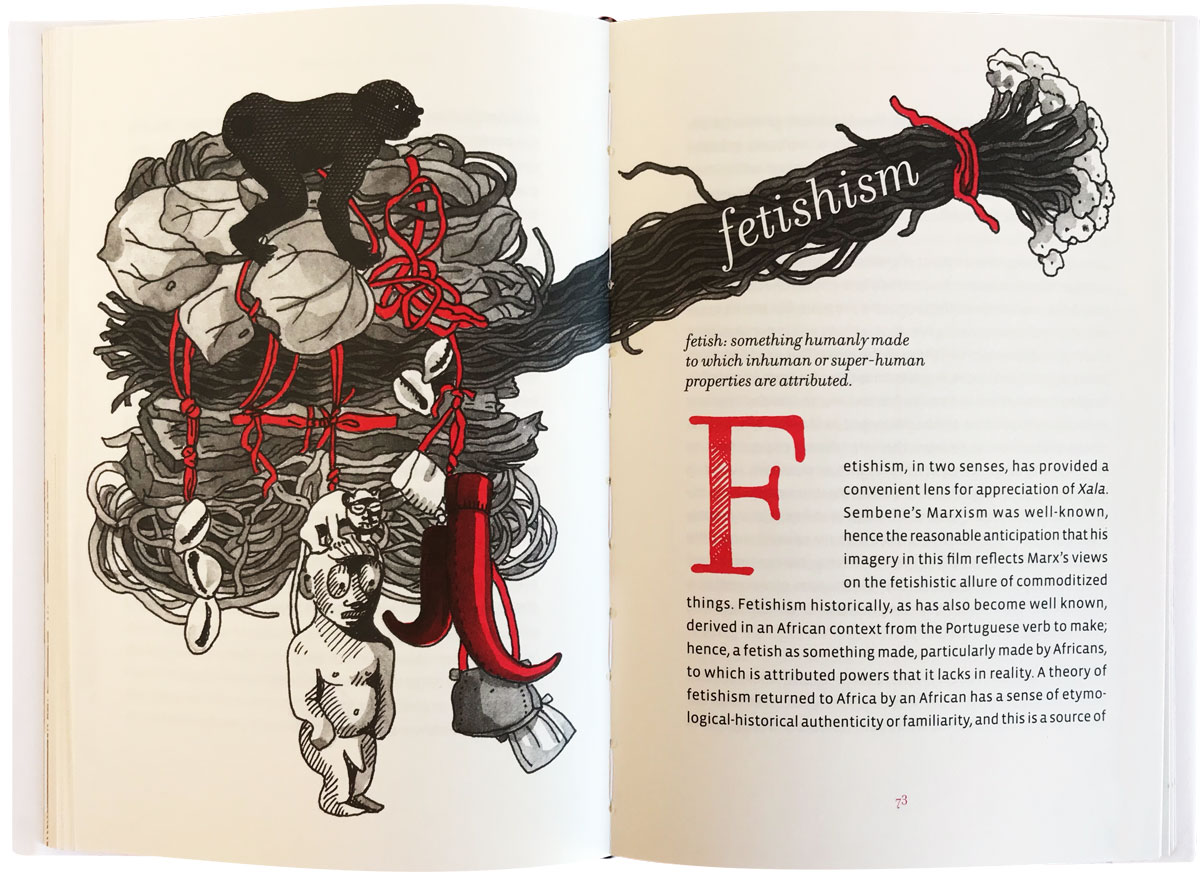 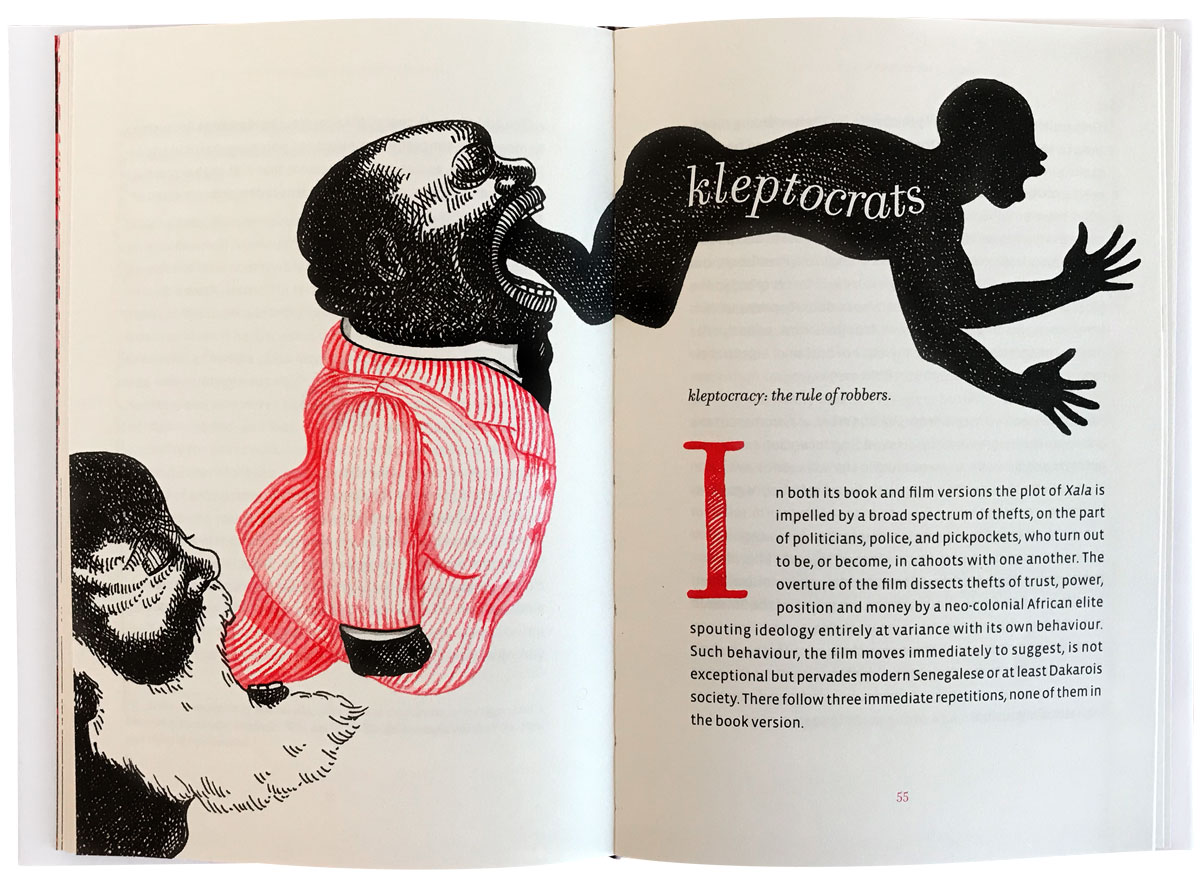 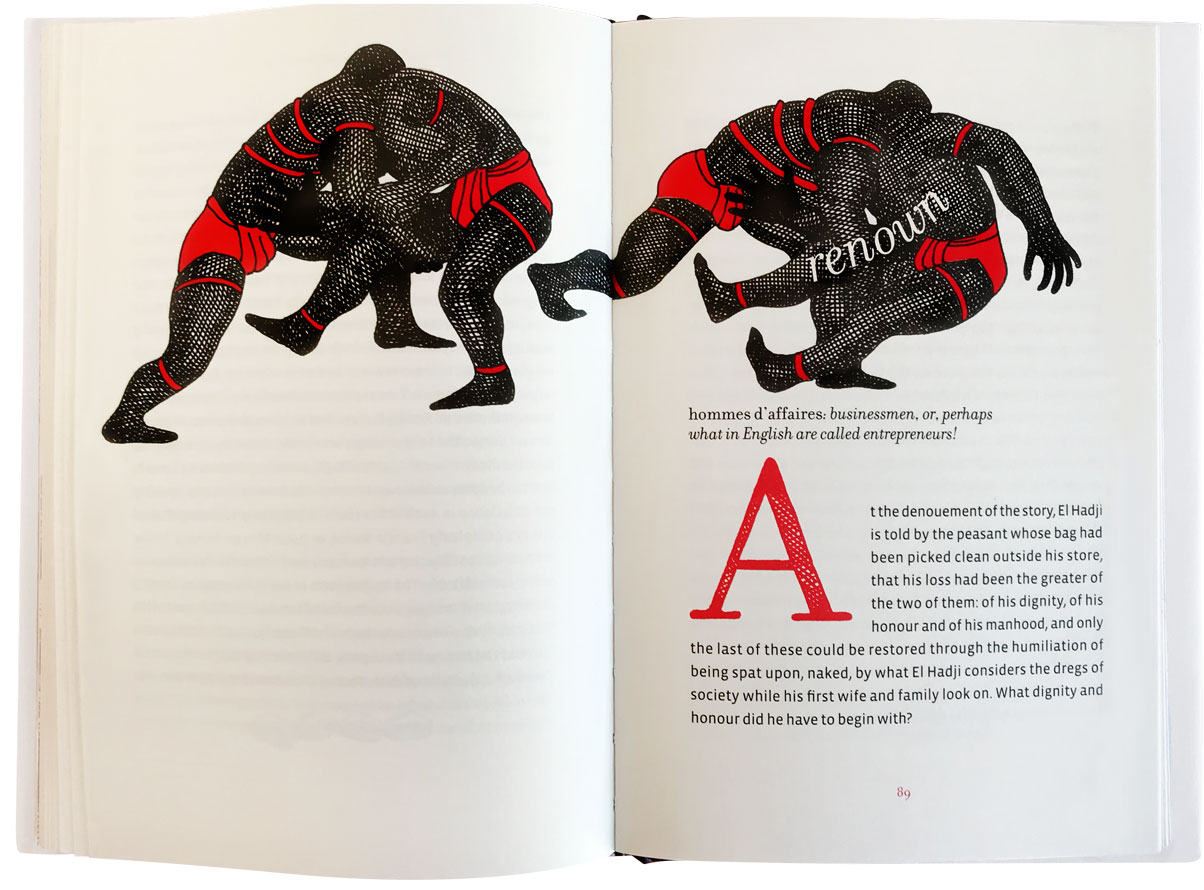 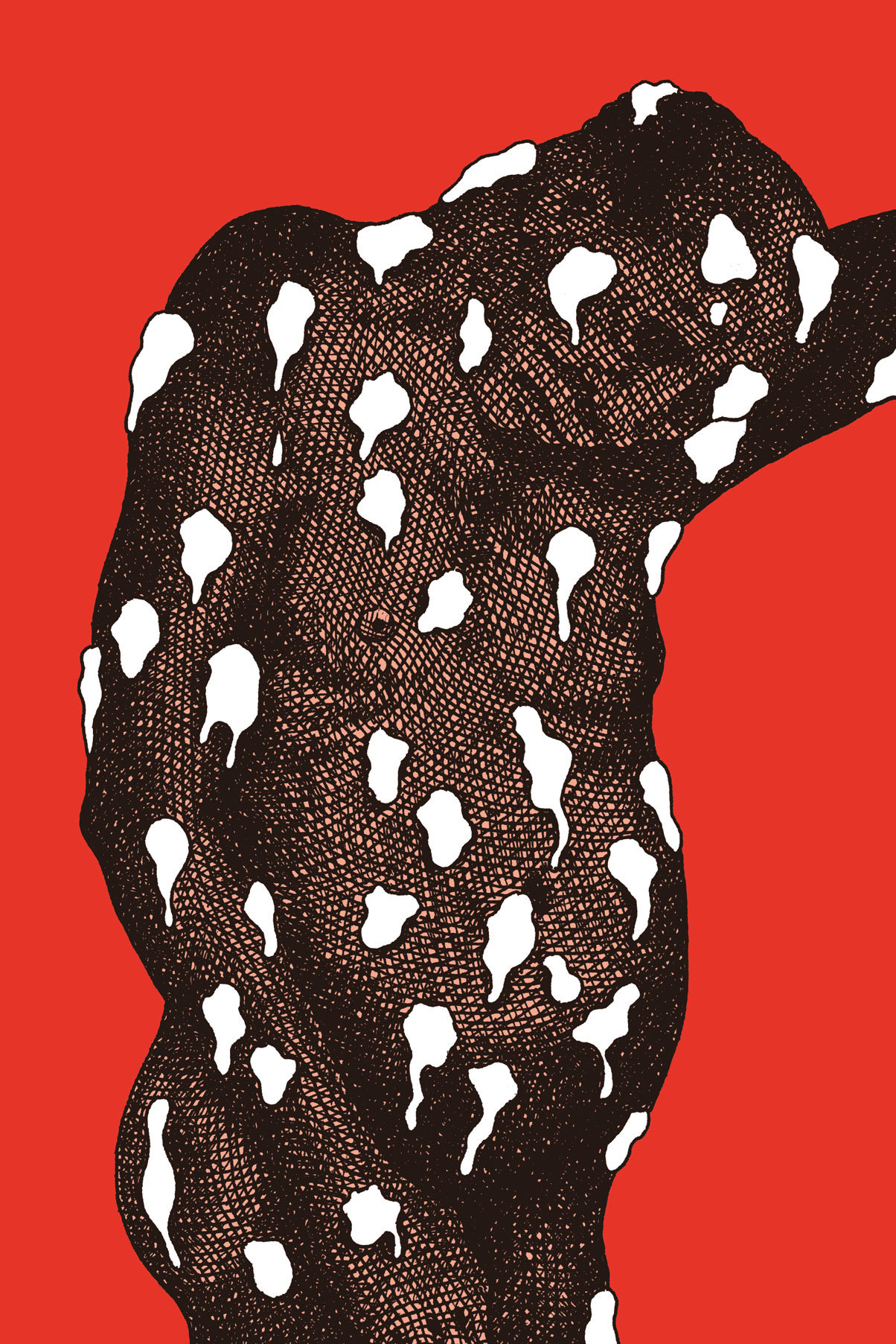