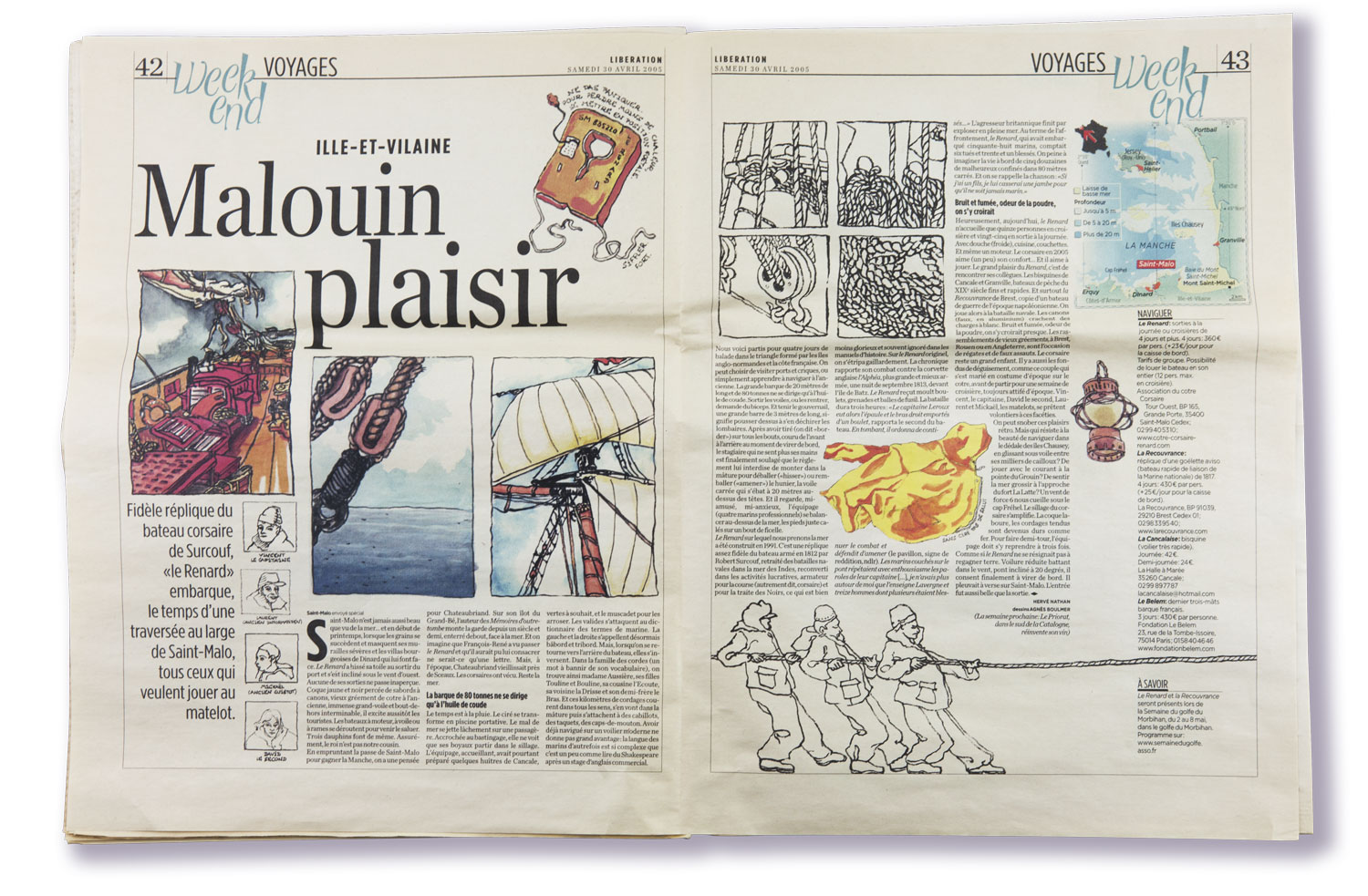 On Le Renard for Libération

The newspaper Libération sent me on the sailboat Le Renard, a replica of the last boat of the corsair Surcouf. I had never set foot on a sailboat and the first day was a little rough: I vomited my guts out and dreamed of throwing myself in the water so that the pendulum movement of the horizon would finally stop. The second day, a little unsteady, I ate a dish of pasta for breakfast… and that changed everything! At last properly weighed down, I could spend the rest of the week filled with wonder: the wind in the sails, the joyous leaps of the dolphins who crossed our wake, Cape Fréhel, the rolling that rocked us at night, the sea as far as the eye could see… 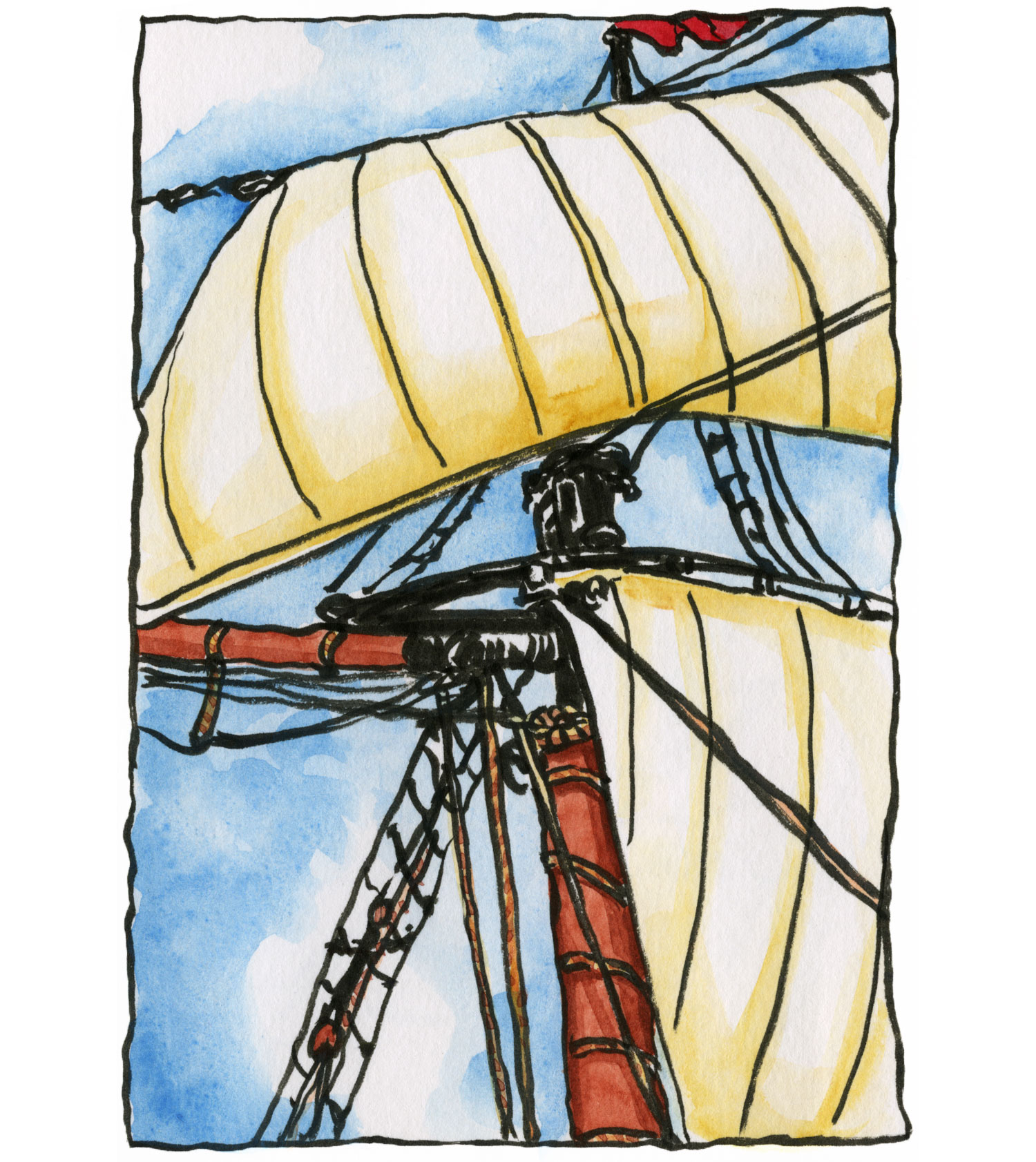 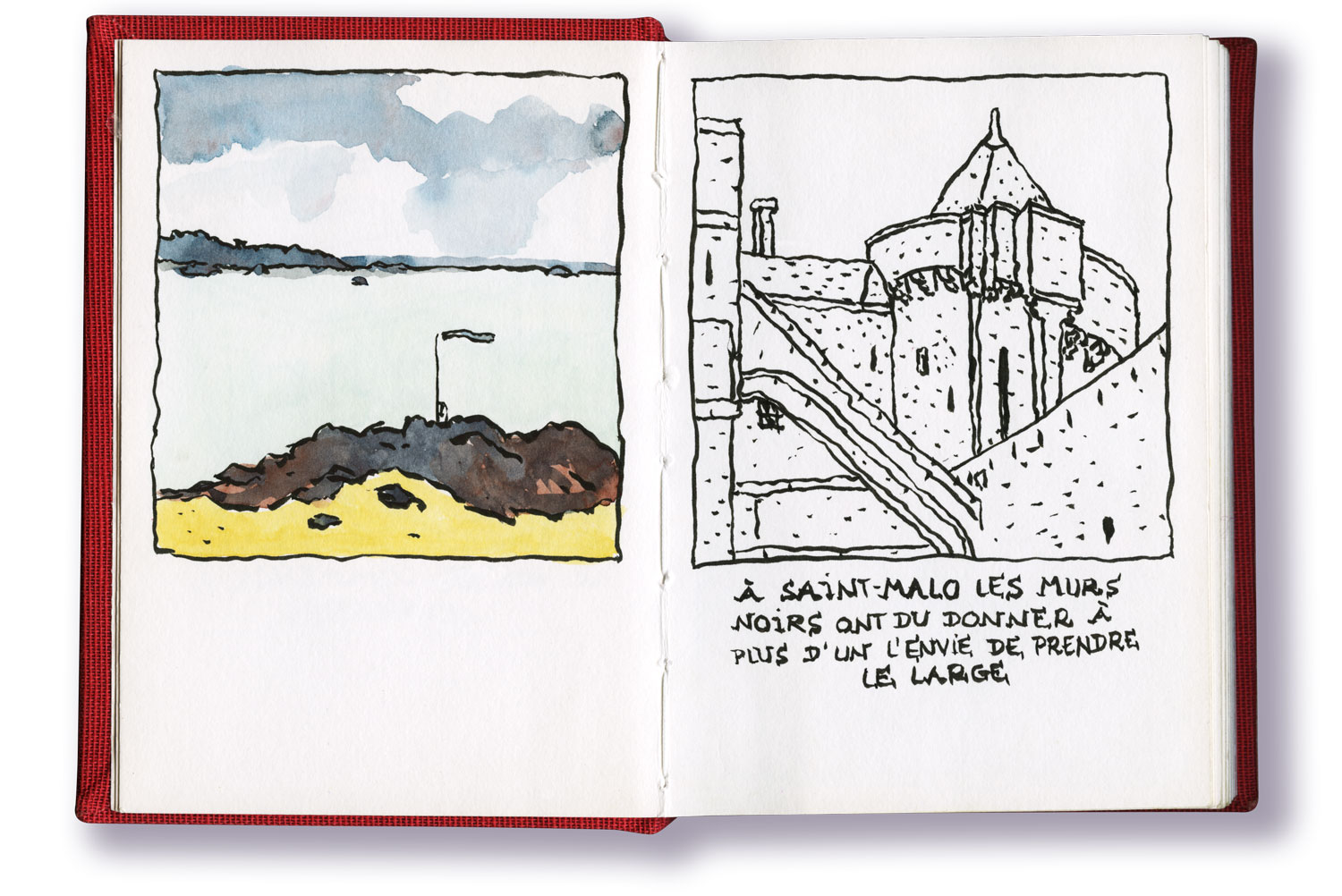 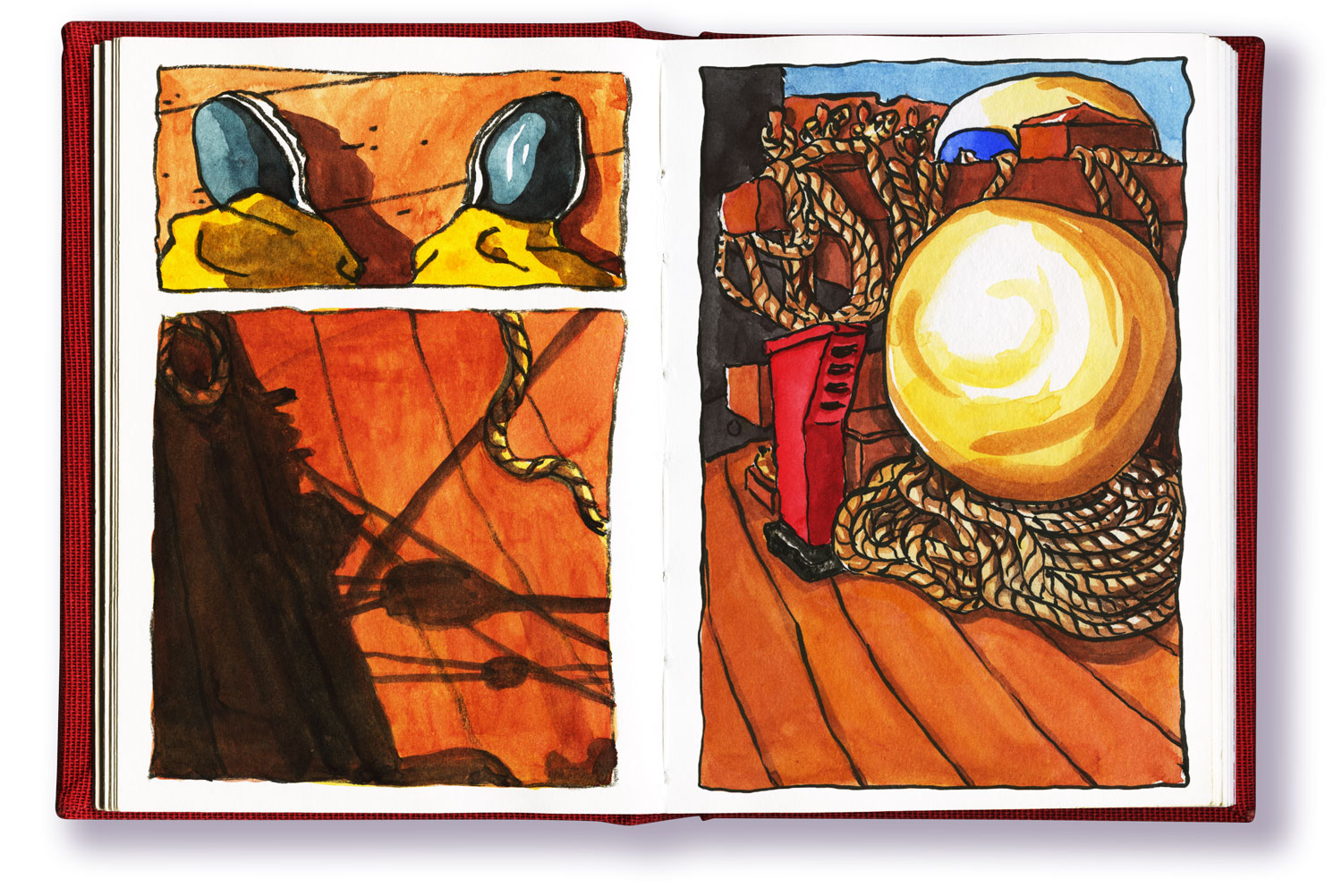 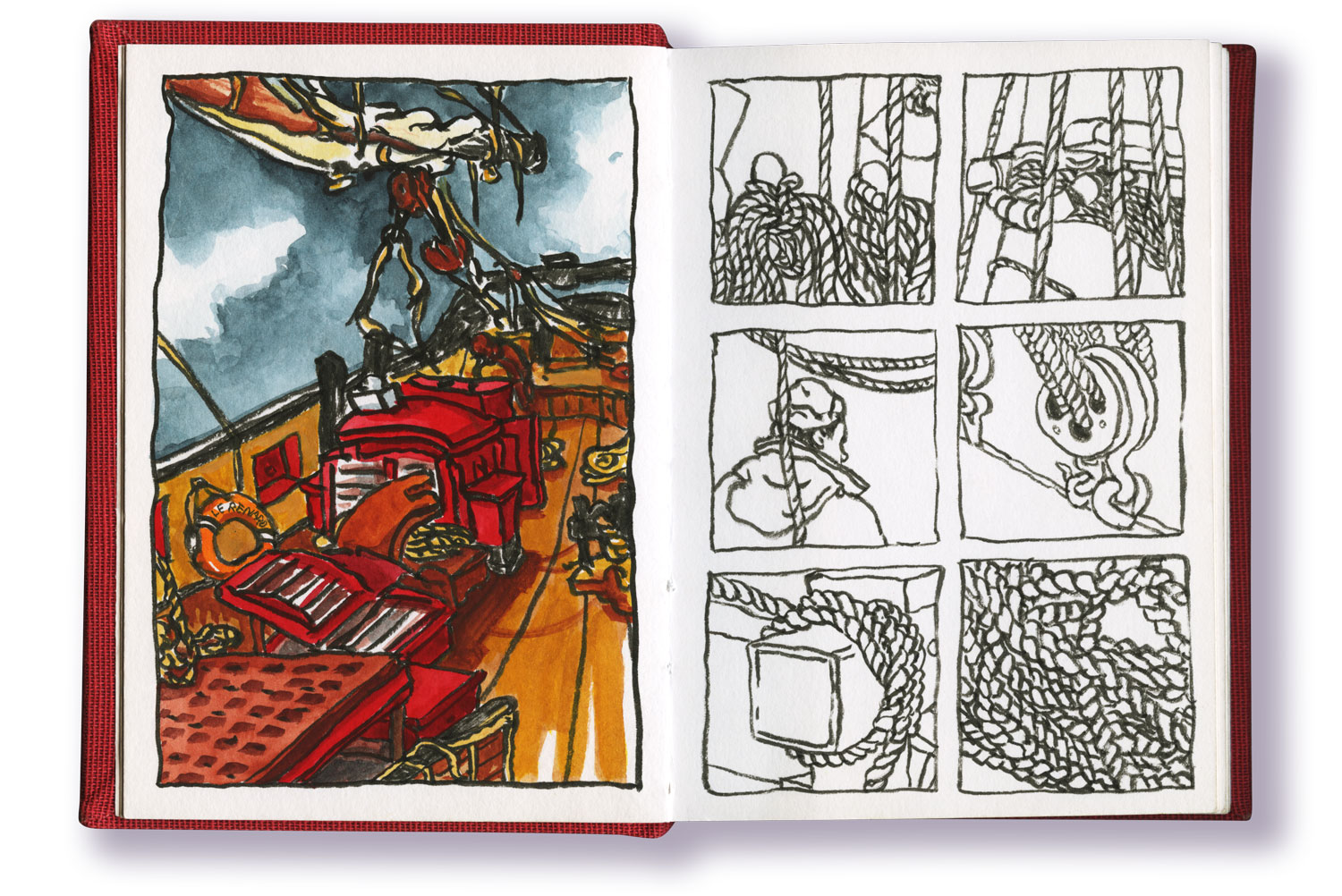 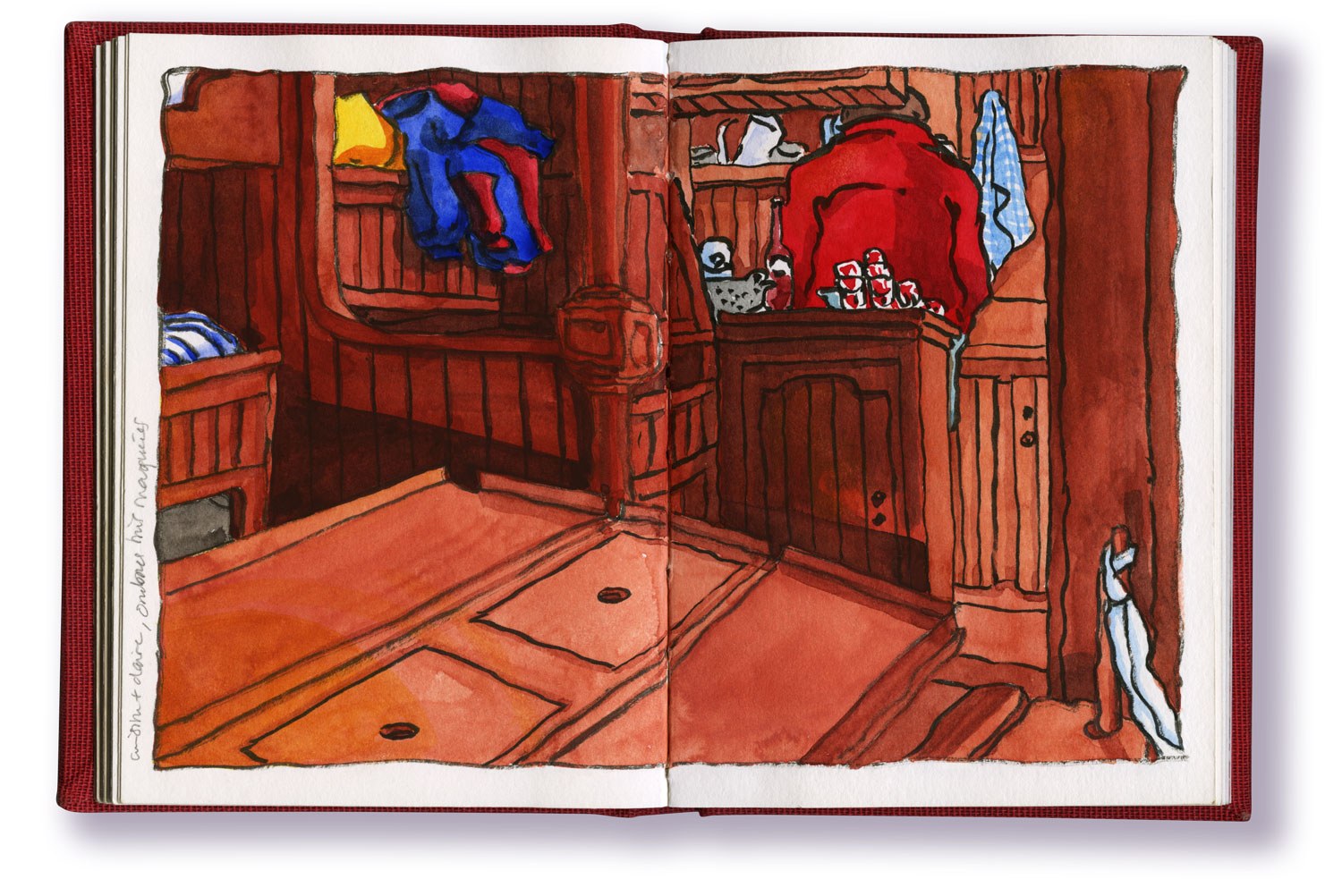 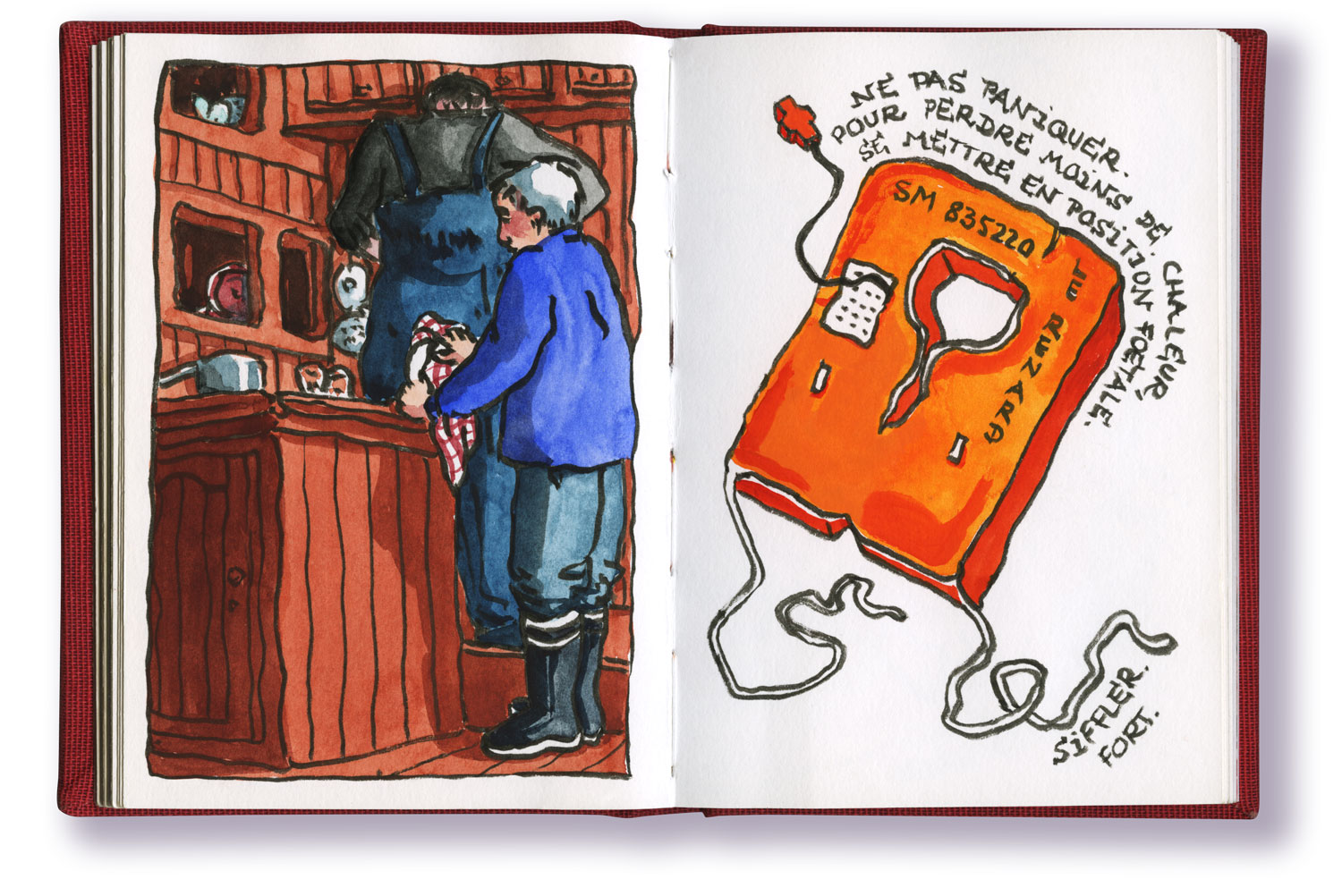 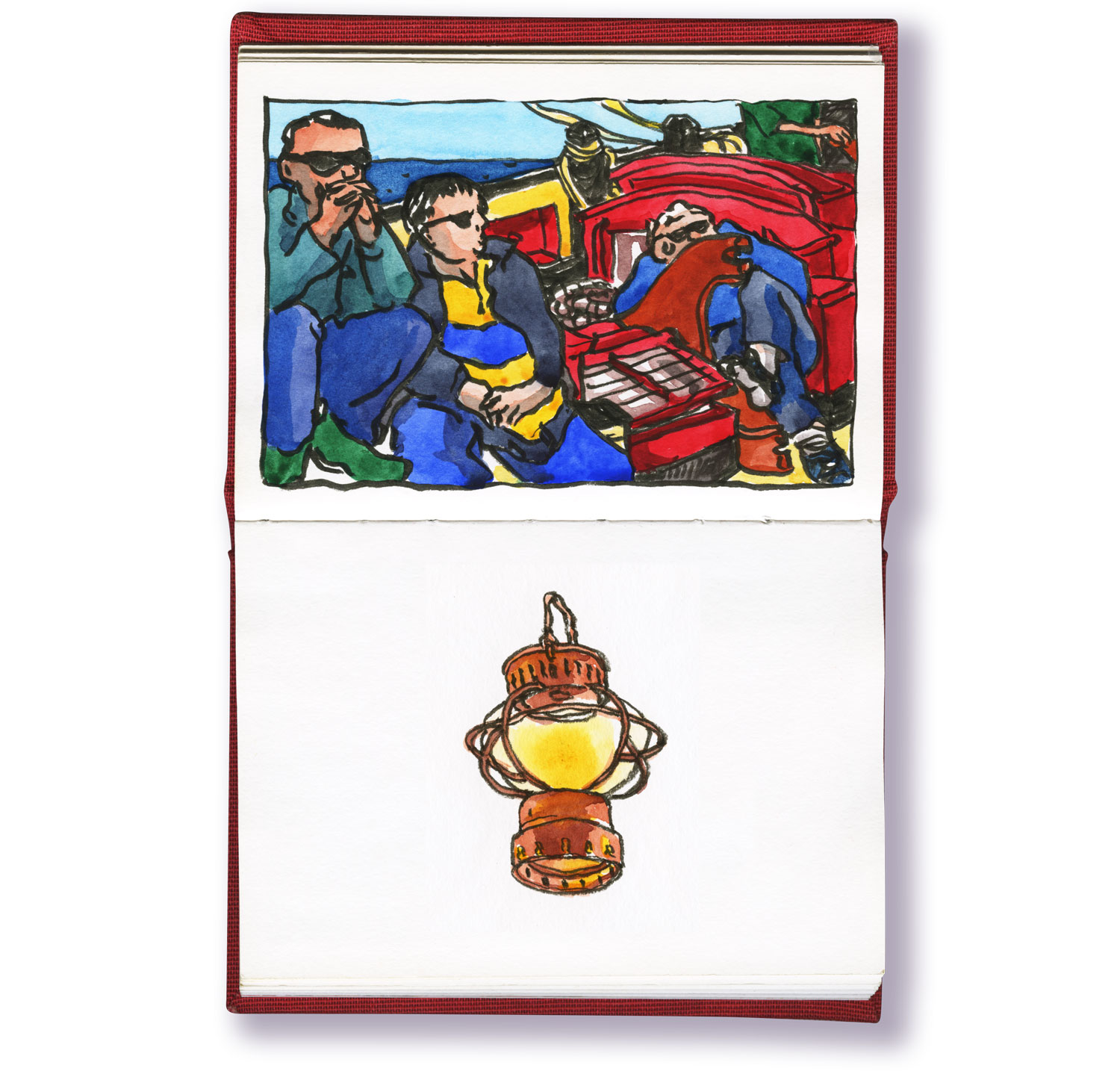 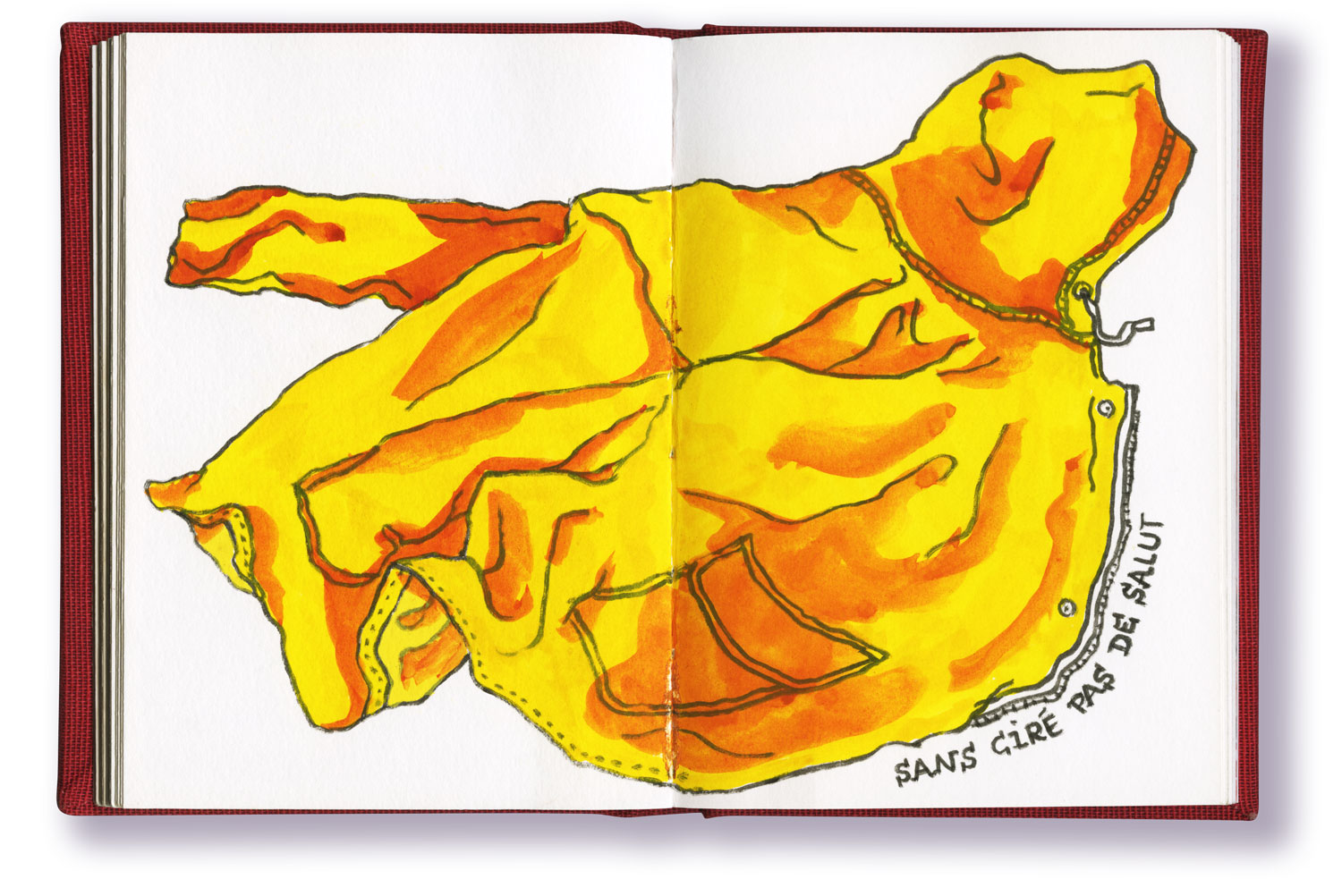 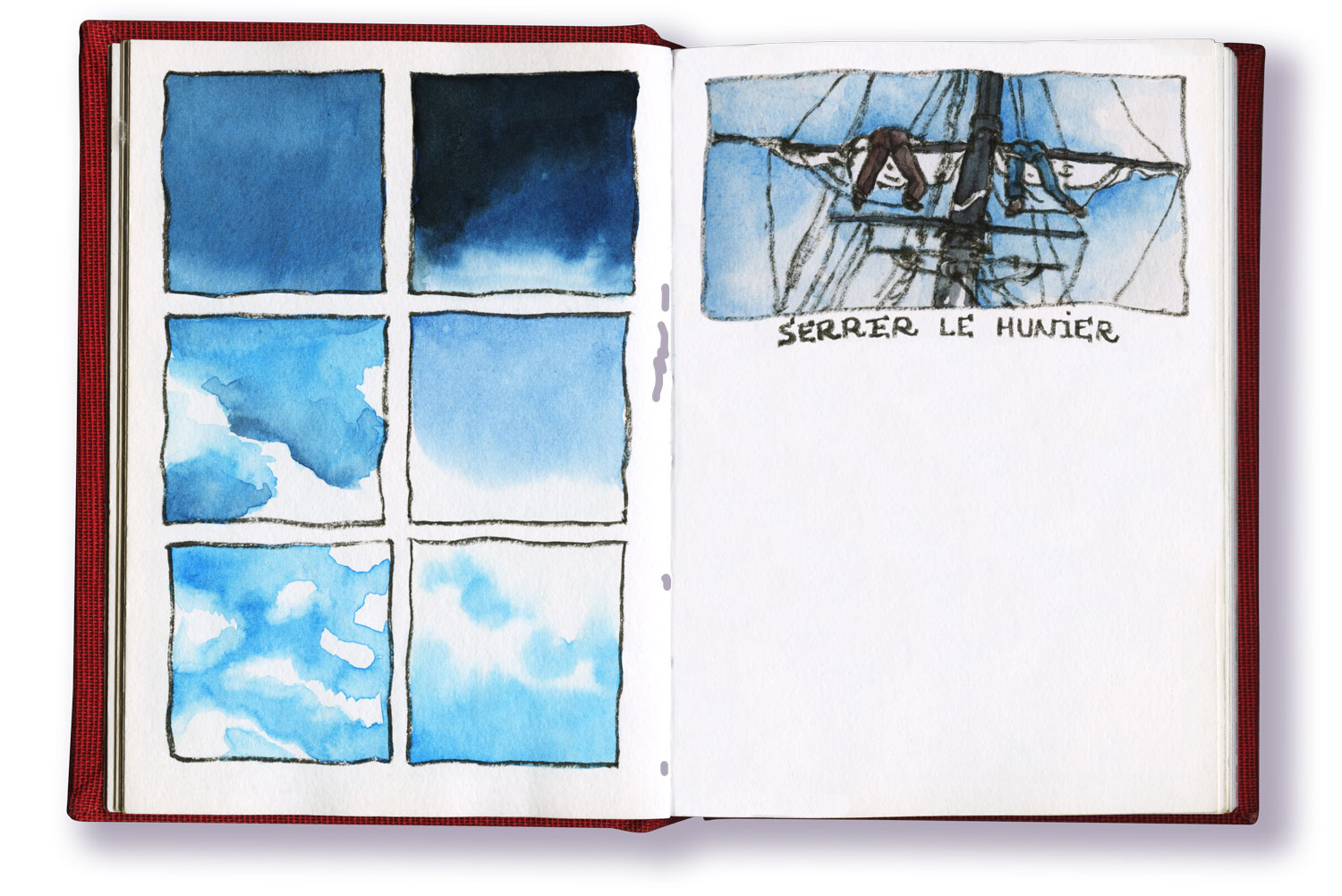 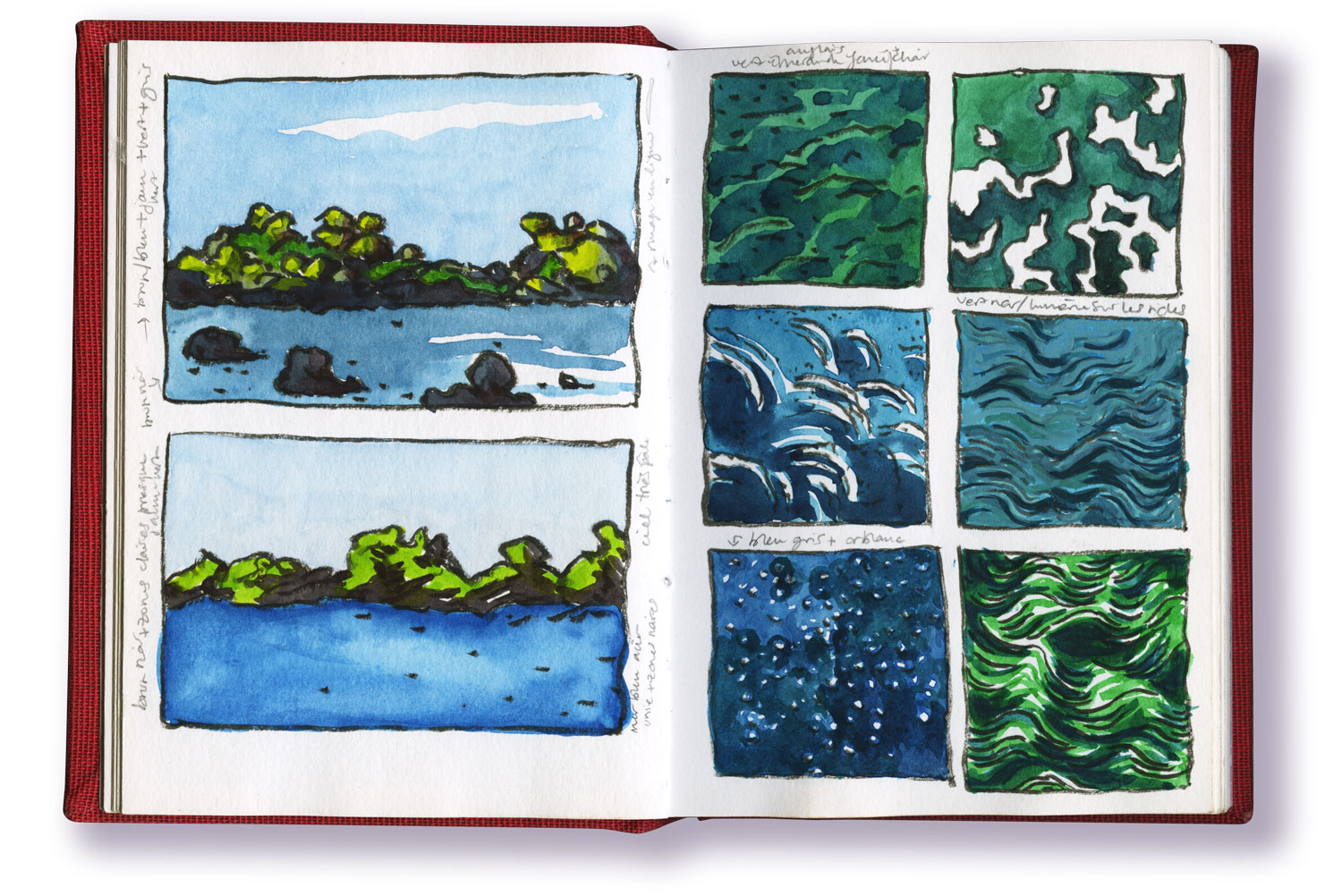 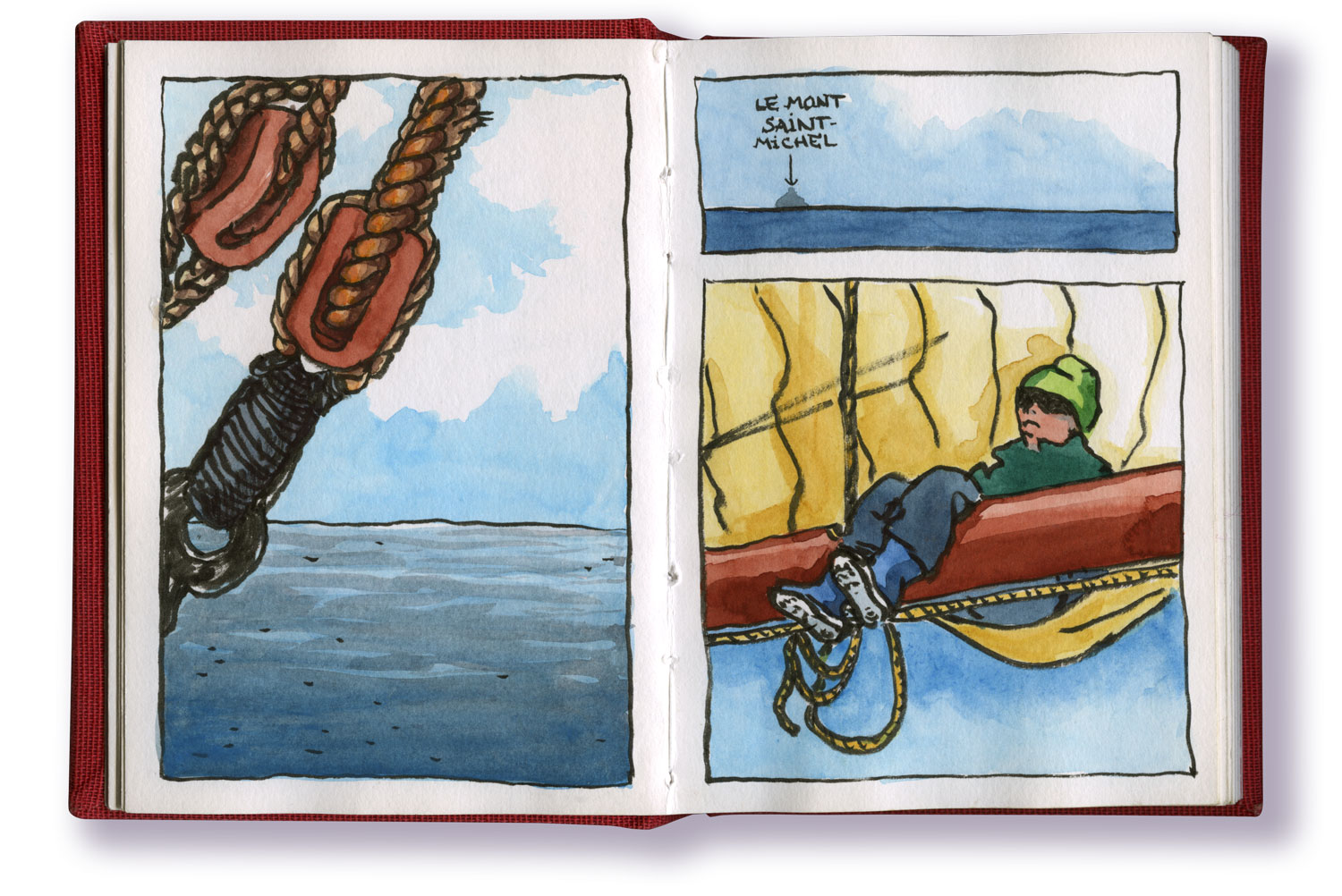