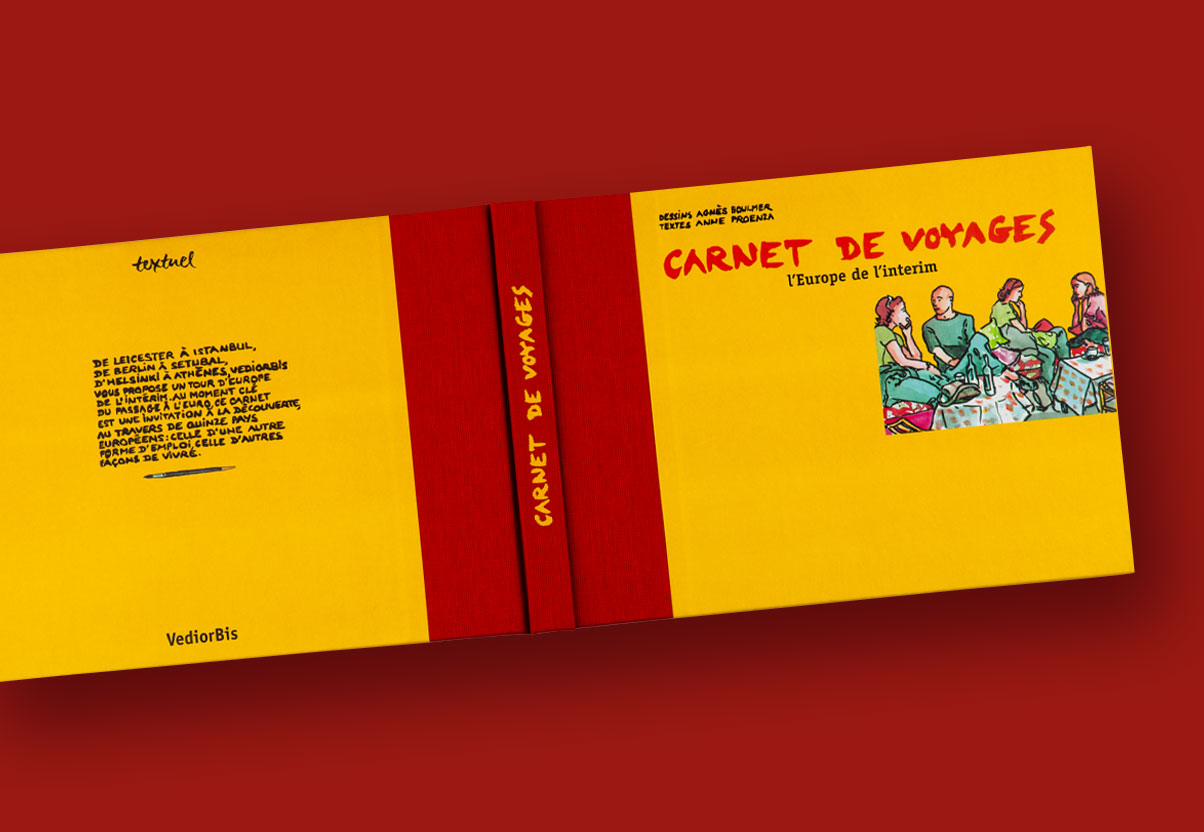 Travelogue Europe of the Temp Worker

This work, created on the occasion of the changeover to the euro, explores the work habits of 15 European countries in the form of an illustrated travelogue. I worked on this project as graphic designer but also as illustrator: the publishing house Éditions textuel sent me on the roads of Europe to glean, from one city to another, the spirit of the places, those little details that make the Netherlands the Netherlands and Germany Germany, that make each country what it is. Sometimes, it was an architectural element, elsewhere, it was a traditional dish, clothing, a landscape or a typical spot…